Nature and the Planning system: diversity is in the detail

Even in the crowded southern commuter-belt, you may still find wondrous moments to make your heart skip a beat: here in Oxfordshire, for example, we are treated to astonishing air shows each summer, as streamlined Swifts and chirpy House Martins race about above the streets of our neighbourhoods. Deftly and gracefully, these elegant birds chase after countless flying insects, with all the dazzling speed of Olympians - and the breath-taking acrobatics of circus performers. They are magical, mesmerising performances, yet they are tinged with sadness: Like so many of the UK's other birds, these insect-hunting aeronauts are declining rapidly, with the RSPB noting that Swift numbers in this country halved between 1995 and 2015.

How often in the future will I, or others, be treated to such sensational shows?

The reasons for the declines amongst these and other birds are complex, and not yet fully understood. That said, one possibly critical factor is a shortage of insects to eat. Industrial agriculture is part of the story.

Recent research, however, suggests we could boost insect availability - and the presence of insect-eating birds - by getting more of the little "details" right. In January 2020, a study led by UCL's Jonathan Lewis-Phillips showed that the simple act of restoring ponds could make a significant difference.

Why? Because ponds create "insect chimneys": columns of flying insects, emerging from the water, whose presence appears to increase diversity and abundance amongst local birds. The findings, published in the Biological Conservation journal, were a timely reminder that diversity often depends on apparently minor landscape details. 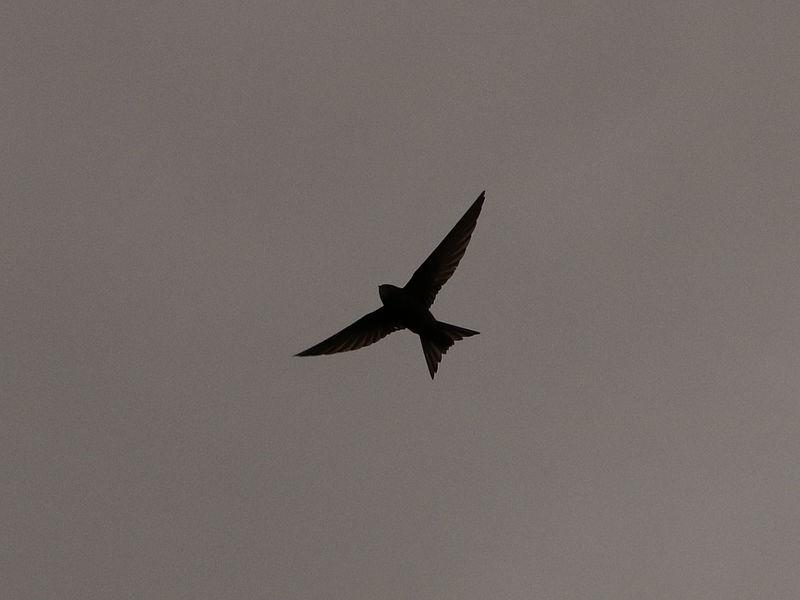 The importance of detail should be no surprise. Many of our bats and owls, for example, can survive in rather modified landscapes, if there are enough old trees in the vicinity to provide the cavities they frequently use for homes. Some 700 species of British beetle, meanwhile, depend on the dead and decaying wood that such trees typically offer. In our hedgerows, the presence of Yellowhammers (for example) can depend on whether those hedges are adjoined by uncultivated 'wild margins'; Along our roads, seemingly trivial verges can (if sympathetically managed) host essential pollinators and nationally rare wildflowers.

However, this crucial need for detail sits very uncomfortably with the government's recent proposals to simplify England's planning system.

The proposals would see land zoned into just three categories: "growth" and "renewal" zones (where planning permission would be more-or-less automatic, with little chance for objection), and "protect" zones (where existing planning procedures would continue, largely un-changed). What happens if broadly-defined "growth" and "renewal" zones contain old trees, or insect-rich ponds, or other crucial details? Under the current system, old trees would be protected under NPPR rules, while ponds would either be kept or replaced elsewhere.

The government's proposals, however, call for environmental assessments to be "streamlined" (or rushed through, to put it bluntly); alarmingly, it suggests that site-specific wildlife and habitat surveys could be done away with in many locations. So, unless initial zoning exercises are conducted with sufficient eye for ecological detail (and at sufficiently fine scale), the likelihood is that diversity will be lost. Shockingly, while the government's Planning White Paper seeks views on everything from the use of digital media for planning enquiries through to the retention of "Neighbourhood Plans", it gives consultees little chance to comment on its proposed evisceration of wildlife and habitat assessments.

England may be one of the planet's most nature-deprived nations, but it still offers chances to be inspired by the aerial acrobatics of insect-catching birds, and by jewel-like wood beetles, and by the haunting nocturnal calls of owls. It will only remain so, however, if our planning system recognises that detail matters.

Image by Donald Hobern (used under license CC BY 2.0).