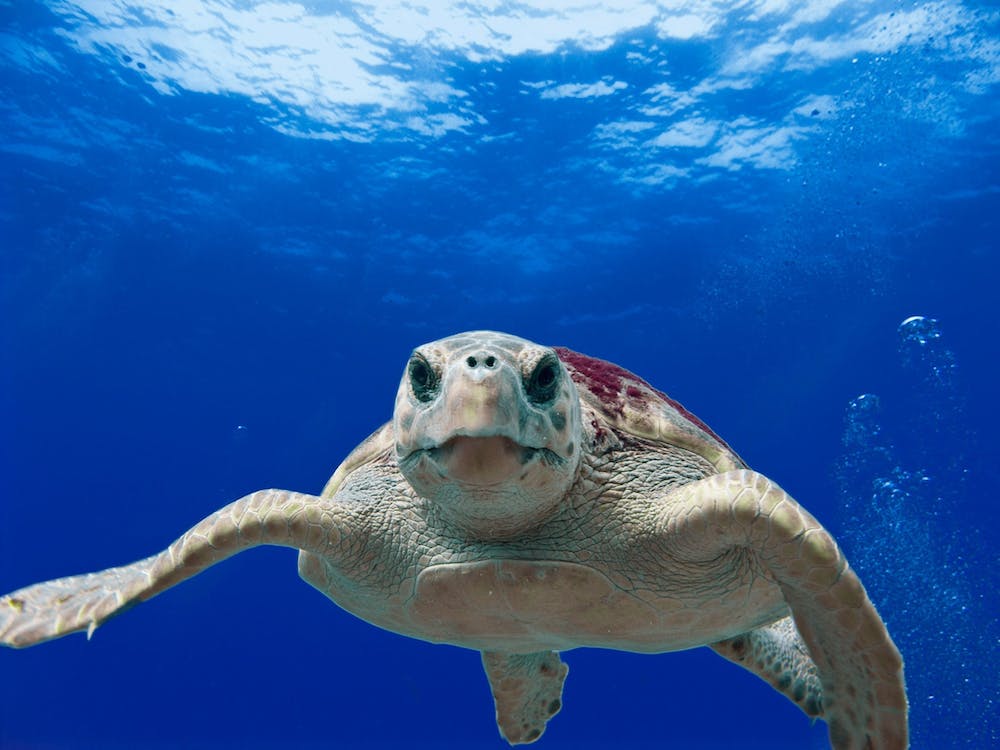 We do not come across many wild turtles in the United Kingdom, but nevertheless it is important to think about them on their international day. They are the longest living species on the planet and nobody knows quite how long they can live - the oldest living land animal in the world is believed to be Jonathan the giant tortoise, who was apparently born in 1832. Before Jonathan achieved this distinction, another giant tortoise called Adwaita was believed to be about 260 years old at the time of his death.

Turtles and tortoises belong to the same general family of creatures, called Chelonia, which are distinguished by having a shell made of bone or cartilage. Tortoises live on the land and turtles live mainly or wholly in the water, although turtle can be used as a general name for all types. They are one of the oldest surviving reptiles, beating snakes and crocodiles. The shell is divided into two parts, the carapace, or upper shell, and the plastron or lower shell. They are joined at the sides by bony bridges. The inner layer of a turtle's shell is bony and includes bits of backbone and ribs, so in contrast to much modern myth, turtles cannot crawl out of their shells. The outer layer of the shell consists of scales or scutes made of keratin which overlap the joins between the bones making up the shell. However, some turtles, such as leatherback sea turtles and soft-shelled turtles do not have scutes, they have leathery skin instead.

They play a vital role in the sea, protecting the coral reefs and other vegetation.

The largest living chelonian is the leatherback sea turtle, which can grow to a shell length of 2 metres and weigh over 900 kg. Giant tortoises lived in many places around the world into prehistoric times, and were definitely in North and South America, Australia, and Africa. It is assumed that early man hunted them for food, and many species became extinct. Giant tortoises are now only found in the Seychelles and Galápagos Islands. The two mentioned above are giant tortoises, which can grow to 1.3 metres in length, and weigh about 300 kg.

The largest ever chelonian lived in the late Cretacious era and was up to 4.6 metres long. It was a sea turtle called Archelon ischyros.

World Turtle Day was started in 2000 by American Tortoise Rescue and is celebrated on 23 May every year. Its main purpose is to raise awareness of turtles and tortoises and to protect them in their natural habitats. Over the years they have been hunted for their shells and eggs, their habitats have been destroyed and they have been choked by plastic, amongst other things. These are all caused by man and can be reversed by man. Climate change is also affecting them adversely. We need to stop doing those things which cause harm to turtles and tortoises. So, we need to use less plastic, do all we can to minimise global warming, and keep our beaches clean to cut down on marine pollution. Factories disposing of chemicals and toxins must do so in a safe and sustainable way that can be measured and controlled.

Artificial light can disturb the hatching process, so those beaches where turtles lay their eggs must be kept in natural light during the nesting season, as the eggs hatch in moonlight.

Many people believe that turtles love New York pizza, and although they eat many different things, pizza is probably not the best thing to give them! The craze for the Teenage Mutant Ninja Turtles in the late 1980s meant that many people bought terrapins, which are a type of turtle. However, turtles are long-lived and owners dumped unwanted pets afterwards. Terrapins were native to the UK about 8000 years ago and due to this dumping the species is enjoying a renaissance in ponds and waterways.