Prime Minister David Cameron has implied that people are fed up with onshore wind farms being built, despite the Government's own research showing that a large majority of the public back them.

Latest research by the Department of Energy and Climate Change shows that 67 per cent of people support onshore wind farms. However, the Conservatives have said they would not subsidise new onshore turbines if they win the general election.

The Liberal Democrats will never abandon our commitment to the environment and we have ensured that it stays at the top of the agenda. In government, we have blocked a Conservative plans to impose a cap on wind farms. 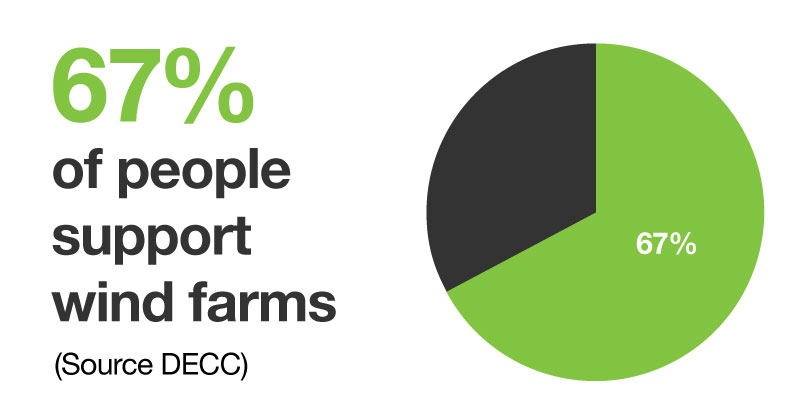 Putting the brakes on onshore wind would be disastrous for the environment, businesses and jobs.

Figures released earlier this year by RenewableUK show that 15,400 people are now employed in Britain's wind power industry, an increase of 70 per cent since 2010.